In version 3.0 I have separated the current flight from the history of flights. While flying, a pilot or timer is not interested in earlier flights. All info shown should be about the current flight.
Therefore there are now 2 modes of flying:
– screen based
– table based (like before)

Also I am thinking about adding functionality for F3F contests. The number of F3F pilots worldwide is quite large.

The setting start worktime ahead is extended so that the user can select between 5, 10 and 30 seconds. 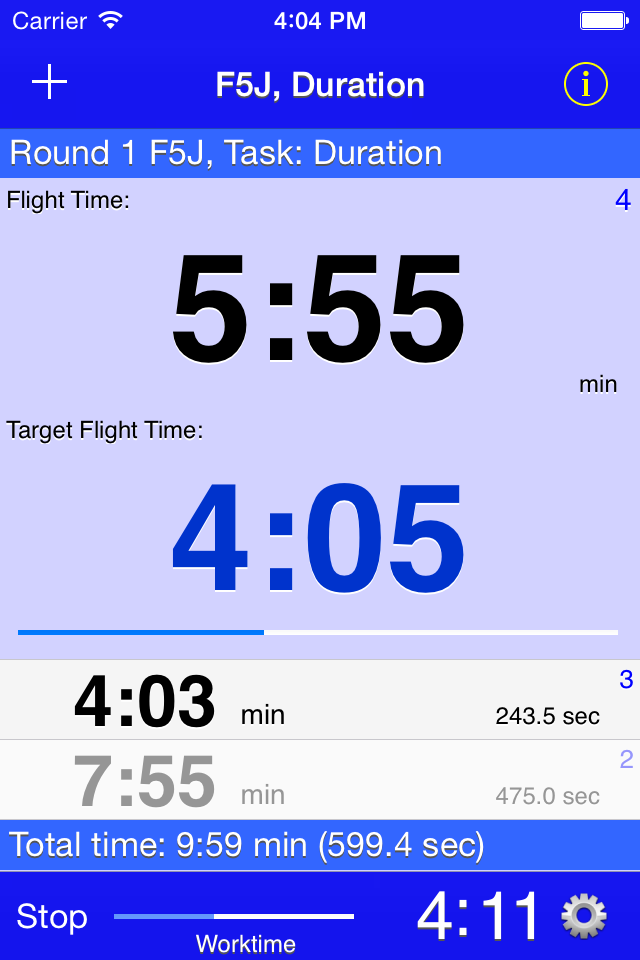 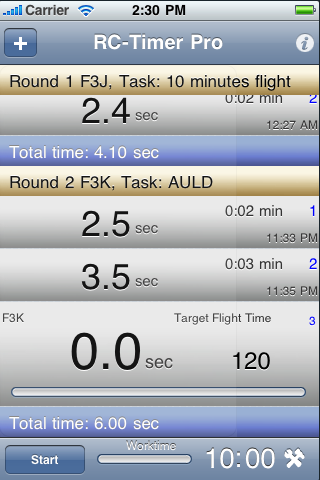